Born in Cambridge England, Victor came to the United States in 1964 and began attending schools in Santa Barbara County, California. Victor began his art career in 1971 at 15 as an illustrator for the Space & Missile Test Center at Vandenberg Air Force Base. In 1973, he began traveling around the United States pursuing music and art. Returning to California., continued to create portraits in both Oil & Pencil. Always with a knack for graphics, he began designing for Southern California-based periodicals and advertising agencies such as Modern Bodybuilding Magazine, Muscle & Fitness Magazine, Time Magazine, Flex Magazine, Warner Brothers, Walt Disney, among others.

In retrospect, these self-directive experiences cloaked as jobs, obstacles and adventures were the guideposts that would eventually lead Victor to unearth his destiny as Lompoc’s positive media outlet. “When a thought comes to mind, I act. I can trust my past, my knowledge… I just act,” states Jordan.

“Over the past twelve years, Victor accomplished the impossible with the Lompoc Vision newspaper. He was able to develop a working relationship with community minded citizens, regaining their trust of local media. The result has been a publication featuring “Good News” about the community, news about the events, organizations, schools and people that make Lompoc tick. Victor is one of those rare individuals who perceives a need and then acts upon it. Nothing is impossible for him. If he is not sure how to do accomplish a task, he conducts exhaustive research until he completely understands the process and can carry it through to the desired result. Victor often perceives a need before a need actually exists. He’s amazing that way!”

– Dennis Headrick, past Executive Assistant at the Lompoc Valley Chamber of Commerce

“In 2003 Jordan single-handedly founded and has continued to publish The Lompoc Vision, a local community newspaper, which promotes “Good News You Can Use.” Lompoc Vision transcends cultural and political barriers as its readers have diverse interests and backgrounds.

The publication spotlights the achievements of and gives prominence to local talent in educational, cultural, artistic, and business endeavors; promoting the positive aspects of community life.

To bring further attention to the community, Mr. Jordan founded The Lompoc Valley Tourism Guide in 2013 which promotes the city as a must-see tourist destination.”

– The City Of Lompoc 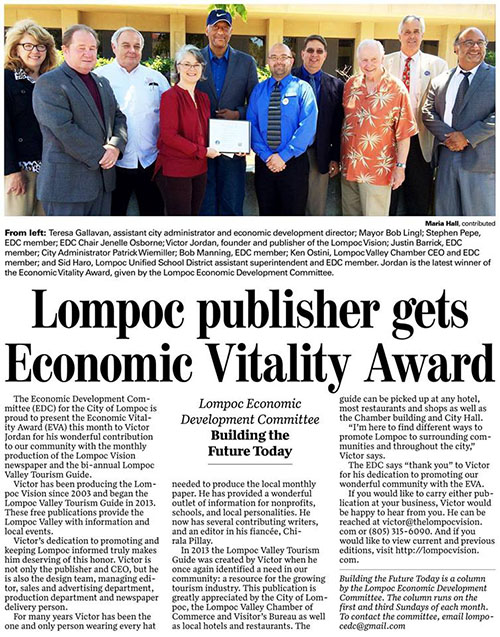 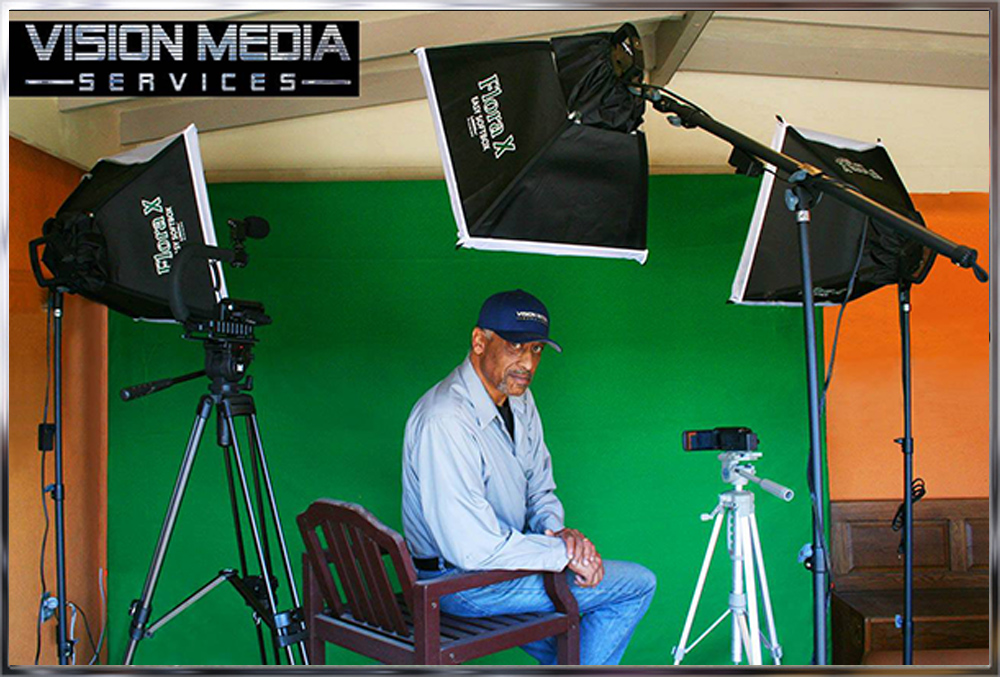 “This is what happens when you’re fortunate enough to find the Very Best of the Best, thank you Victor Jordan, your artistry Is beyond compare!!! And huge bonus, you are truly a pure joy to work with !!! If any of you want this level of excellence in your media needs… get in line.” – Jon Stephen